A Life for Future Generations: Planting in a Nursery

After our team had a traditional breakfast in the town of Asni, we needed to go further into the atlas to help the greenhouse nurseries expand. Our first destination was a nursery in Imigdal. They had one greenhouse and a few terraces. There were approximately 30,000 fruit trees, with a variety of food species. It was challenging for the nursery caretaker to water the fruit trees in the dry season due to the scarcity of water. Our team, including a farmer-2-farmer volunteer from the United States, had a meeting with the caretaker to ask questions and discuss solutions to the water problem. Bill, Our american visiting expert provided 4 solutions to help:

The caretaker told us that there is a competition between our NGO and another NGO about the amount of water taken from the basin. I then asked how much water he uses. He could not give me an exact answer so I proposed that he use a flow meter to determine how much water he uses, so we could compare the water usage between the two NGO’s and work out an agreement. 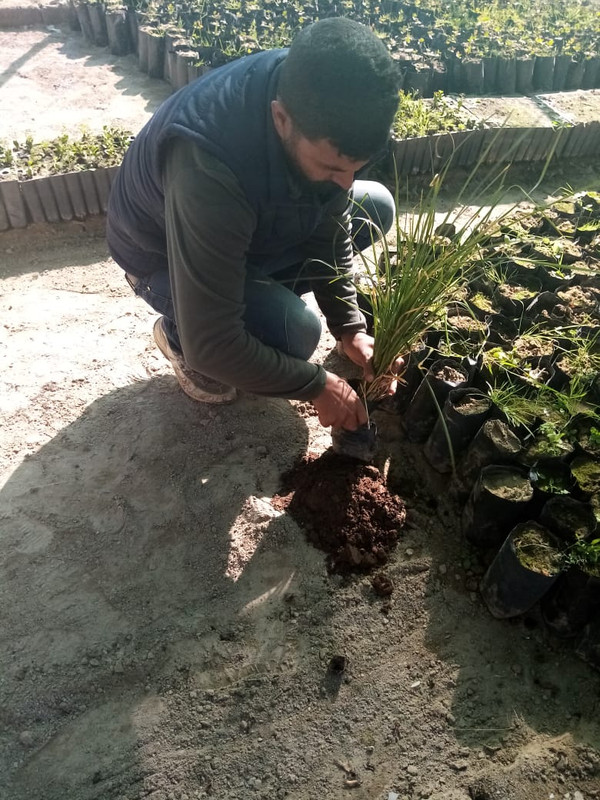 We faced another challenge with water limit: We had to leave a percentage of water to go down to the main river because there’s still an ecosystem the water has to nurture. The NGO’s could not split all of the water in the basin, but they had to split a percentage of it.

A team member gave an idea to implement solar panels on top of the basin, hence this idea would be achieving two objectives at once because it would be creating solar energy and covering the basin at the same time. However, this plan was not elaborated because we had to stay on budget.

These challenges forced volunteers to think outside the box, even though some materials were limited, we still persevered to find a solution. 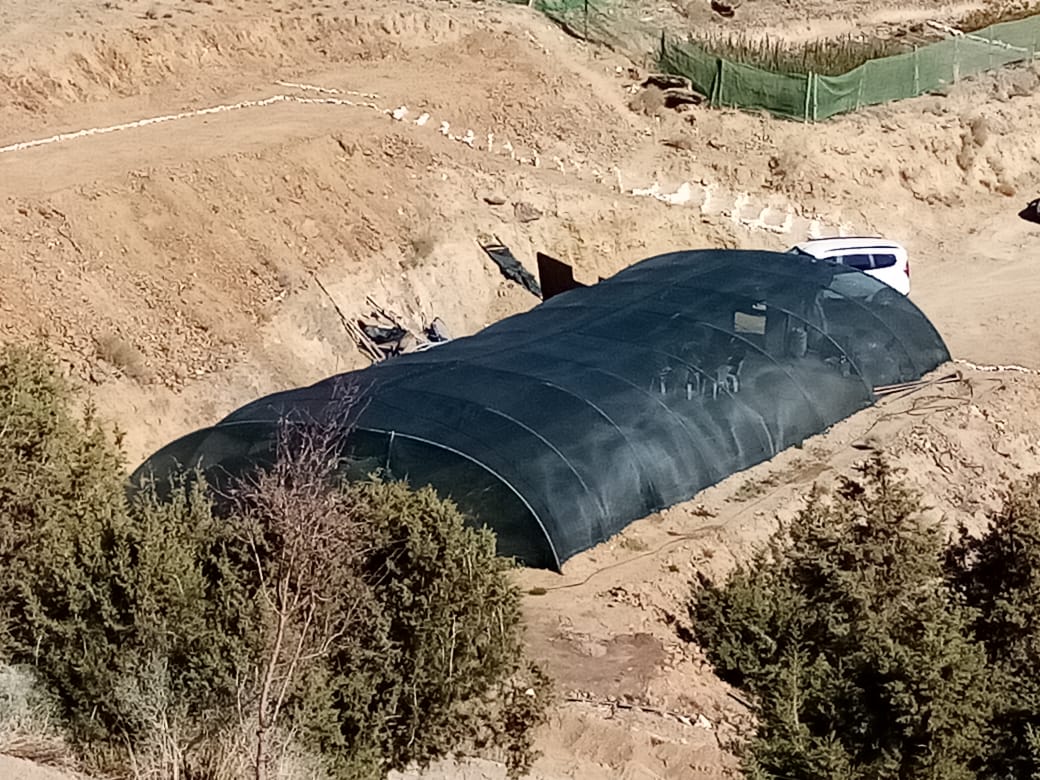 Furthermore, we then asked the caretaker if his water supply in the wet season is sufficient, the caretaker told us that he had a surplus of water during this season.

We continued to discuss each solution in detail, with their pros and cons. Our team came to the conclusion that they would bring in a water expert to see which option meets the needs of the nursery and stays within budget, while supporting the ecosystem.

I enjoyed learning that HAF sells these fruit trees for twenty cents each when the city market sells them for about a dollar. The price symbolizes that revenue is not important for HAF. The truth is that they want to help grow revenue for communities because, after only six years of growth, they could benefit from selling the fruit on these trees. Once the trees are transported to communities, people and soon to be farmers could gain about 7000 dirhams in revenue per tree each year. HAF wants to build a financially stable future for the people in the rural communities and make sure they are able to support themselves in the coming years.

The second nursery we went to was a women’s co-op in Ouirgane. After my trip, I talked with the team and they told me that it took them a year to defend women’s rights to be farmers and to take over the men’s co-op. It has only been a week and the rural women had been working hard in the garden. They expressed their motivation to grow their business; in the meeting, these women were concentrated on Bill’s lesson, they were attentive, and asked thoughtful questions. At the end of his lesson, the women were able to summarize it all. They were asking for a deeper understanding of roles HAF thought they should implement into their system such as president, vice president, treasurer, and agricultural expert. This gave them a sense of order and importance, because it was the formal way of working. I believe this co-op empowers these women because it is a business of their own that they want to grow. 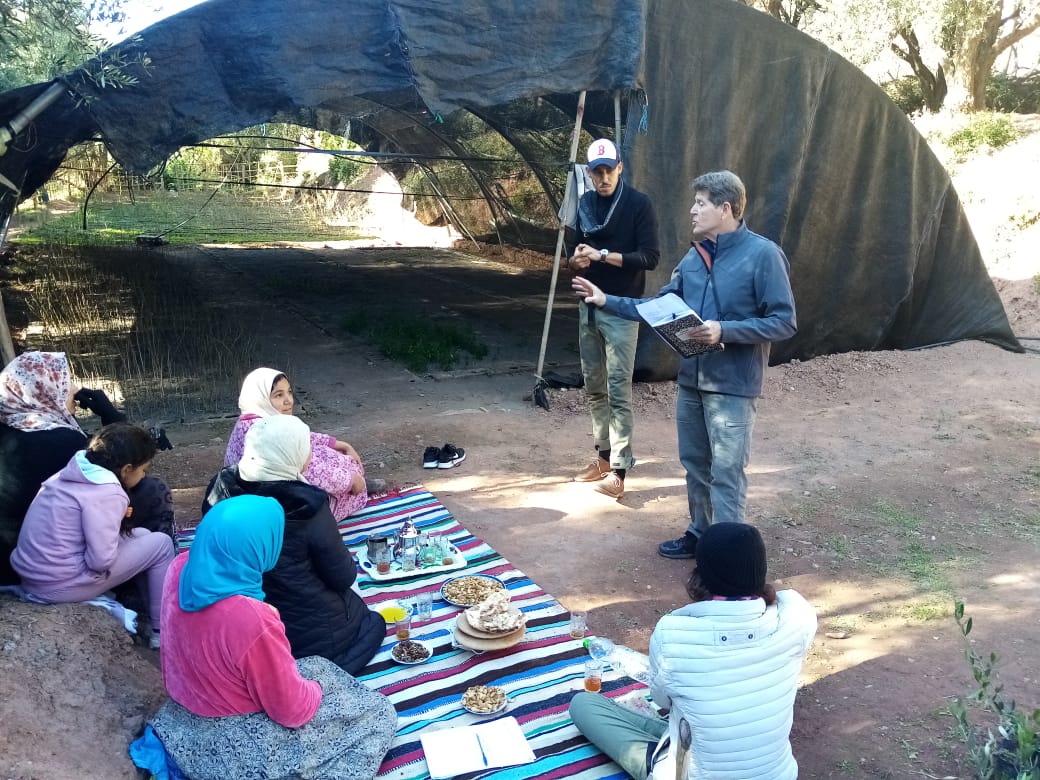 This is a summary of Bill’s mini-marketing lesson that the women learned :

The team identified earlier that they needed to learn how to cultivate the fruit trees. They decided that they would have the other nursery caretaker from Imigdal come to the women’s co-op and teach them how to produce crops efficiently and organically.

I was happy to see the confidence this project gave the women. They were going to become businesswomen and were motivated to grow, their dedication proved that they wanted to be successful, and inshallah they will be.