On the morning of 6th December 2018, I got the chance to attend a panel at the 11th Global Forum for Migration and Development (GFMD), this year hosted in Marrakech, Morocco.  The core theme was focussed on “Honouring International Commitments to Unlock Potential of All Migrants for Development” and was the largest multi-stakeholder dialogue platform concerning migration and development, representing government policymakers, GFMD observers, members of civil society and the private sector. Although the proceedings of the GFMD are non-binding and voluntary, it is hoped that this conference will lay down foundations for the first Global Compact for Migration (for Safe, Orderly and Regular Migration), held on 10th-11th December, also in Marrakech.

This UN-led High-Level Political Forum is the first international compact of its kind to address migration, designed to improve the management and co-operation of countries concerning the movement of peoples across borders. This agreement will also address the overarching causes of migration, such as poor access to sustainable livelihoods, the socio-economic and environmental implications of migration upon both origin and host countries, as well as working to enhance the value and impact of migrants for sustainable development.

As it was my first international conference, I was not quite sure what to expect! From my first impressions, it definitely deserved the title of “international”: over 100 nations were represented, including governments, civil society members and NGOs, and amidst the bustle of delegates moving from room to room, I heard Arabic, French, German, English, Spanish being spoken…

Dr Yossef Ben-Meir was one of five guest panellists invited to speak at a side event, organised by “Fondation EuroMedA” which took place alongside the conference’s morning session. EuroMedA is a collaborative organisation promoting relationships between Europe, the Mediterranean region and Africa. They are particularly focussed on the five priority areas of: developing renewable energies, political action and policies directed at Euro-African migration, fighting against violent extremism, developing a common project centred on youth education and training, and creating a new paradigm of development between Europe towards Africa, with regards to sustainable agriculture, energy and commerce. 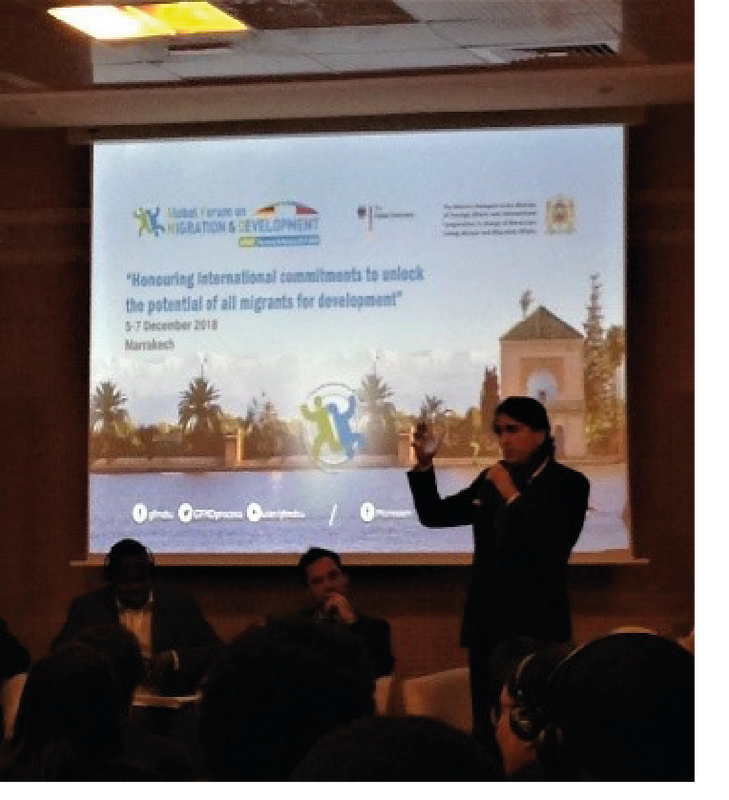 The panel spoke for about one hour, before opening the floor to questions, during which several interesting topics were broached.

Primarily, the Mediterranean region was discussed as the cradle of peoples and religions, and as such, there is a need to define a common cultural project and unified paradigm for migration across the region and between the wider area of Europe and Africa. The idea of unification was key, as one panellist said, “nationalism flourishes in Europe as a response to the unclear moves governments have taken to deal with migration, and because we are in a system which favourises illegal migration”. But questions were of course raised over

whether it was even possible to have this unified approach to migration, given the historical differences between Europe and Africa.
Another panellist highlighted that the key issues arising from climate change that Africa will face in the future include desertification, food insecurity, drought and soil degradation, all of which could set a new wave of migrants on the move. 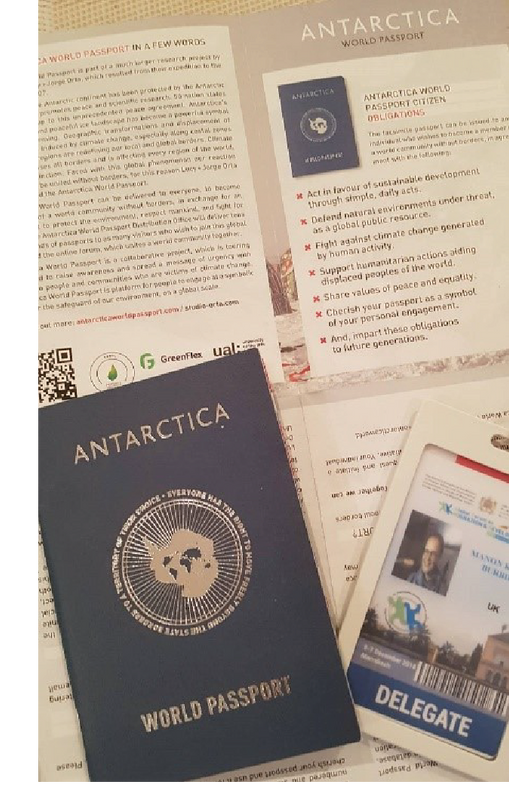 Dr Ben-Meir spoke of how the participatory approach is used in Morocco to work towards meaningful sustainable development projects, which can be an alternative to migration for rural communities, as well as the laws in place Morocco has to protect the migrants that settle here.

Once the panel had wrapped up, I also had a few minutes to take a peek at an art installation, of what initially looked like a selection of tents set up in a chilly courtyard: on closer inspection, these tents were beautifully stitched together with national flags and traditional clothing. It turned out to be a project set up to utilise the Antarctic Treaty’s precedent for peaceful co-operation as a message of hope, unity and humanity, for a world without borders and an advocation of Antarctica as a “supranational emblem of human rights”. I left the conference a passport holder for the continent of Antarctica, which to quote it, is a “universal passport for a continent without borders, for the common good of humanity. Climate change has no borders”. As a bearer, I must work to fight climate change, support humanitarian actions, act for sustainable development and spread peace and equality.

Now isn’t that a thought for the day?

Manon is a postgraduate student in Human Ecology at Lund University, Sweden, currently interning at the High Atlas Foundation, Morocco.

by Nisreen Abo-Sido, HAF volunteer, Thomas J. Watson FellowOver the weekend, part of the HAF team visited a primary school in Rhamna to check in with community leaders,…