In my second field trip last Thursday, the 24th of October, I got a sense of the dynamics in a local community and got to know some outstanding powerful women, above all my HAF colleague Amina. Together with her and the external consultant Najwa we went to Tassa Ouirgane, a small village bordering the Toubkal National Park. There we visited an olive tree nursery and the local association, which represents the village and its agenda and daily affairs, including the evaluation of HAFs UNDP funded project which began in 2017.
Following a participatory approach, the first step at that time had been identifying and prioritizing the most important needs and challenges of the community together with local association members. The main issue was that the village suffered from flooding whenever the water in the river rose too high, which made several farmers lose their plants and therefore income for their families. So, building a gabion to prevent floods from entering the fields was the major priority of the project. 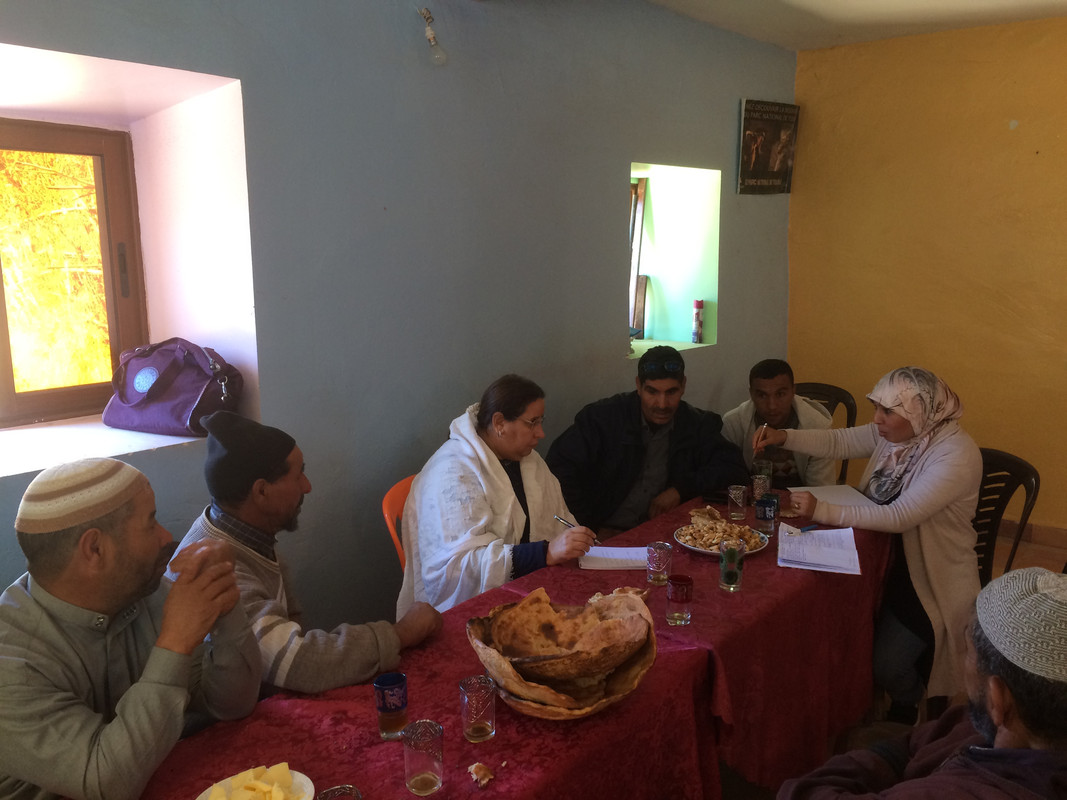 To include the villagers and keep expenses reasonable HAF did not simply help build a gabion but supported them with practical training by expert as well as tools and materials. Finally, the initiative started building the gabion this month, and still there are challenges to face. The village agreed that each household contribute the money needed for the materials between, but some families are simply not able to pay. All issues were discussed in the meeting which took place in the associations building.

I didn´t understand too much, as my knowledge of Darija is still poor. But Amina tried her best to translate from time to time, so I could at least follow what was going on. Also, it was interesting to see the dynamics of the meeting and the respect the members of the association which were all male, had for my female colleague. That was one thing I noticed right from the beginning and I asked Amina, if women were allowed in the association. She said, theoretically they are but as a matter of tradition no woman could ever become a member yet. The work in the village is strictly separated as well. This tree nursery supported by HAF is also run by men, though HAF partners elsewhere with nurseries managed by women. Amina wanted to encourage women to work there too but as the responsible men did not yet support that. 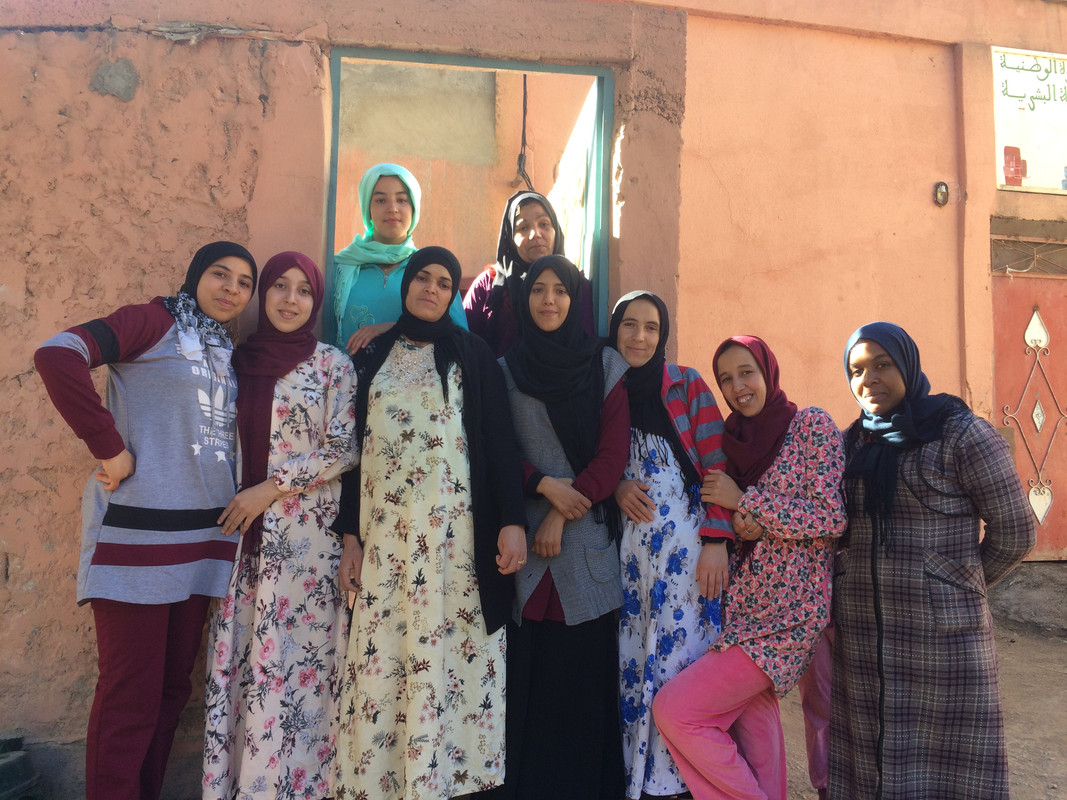 Noticing that empowerment of women seemed to be an issue in the village, Amina started another project especially for them. It began in January this year with one of the Imagine Empowerment Workshops. Describing the purpose of the workshops in just one sentence she answered: “Creating the life that you want and move from problems to having a clear vision in life”. Exactly this was a major problem a lot of the girls had. When they were asked about their vision for their selves a lot of them simply answered “To be married”. But being married is no vision for yourself, explains Amina. “They have to find a vision, independent from their husband. Married or not, you are yourself and you have to be confident about it and find your own vision in life.”

The concept of HAFs empowerment workshops seems to be really effective. One result was that the young women between 15 and 25 who participated, now founded their own cooperative, in which they want to focus on planting and selling medicinal plants. To generate sufficient starting capital, they began to produce bakery products and sell it in their village. We met the women´s cooperative in a second meeting just after the village association and I was impressed by the energy of the young women. Looking forward Amina says: “These girls have a lot of power. I am sure that things will change in the future and one day they will be in the association too.” 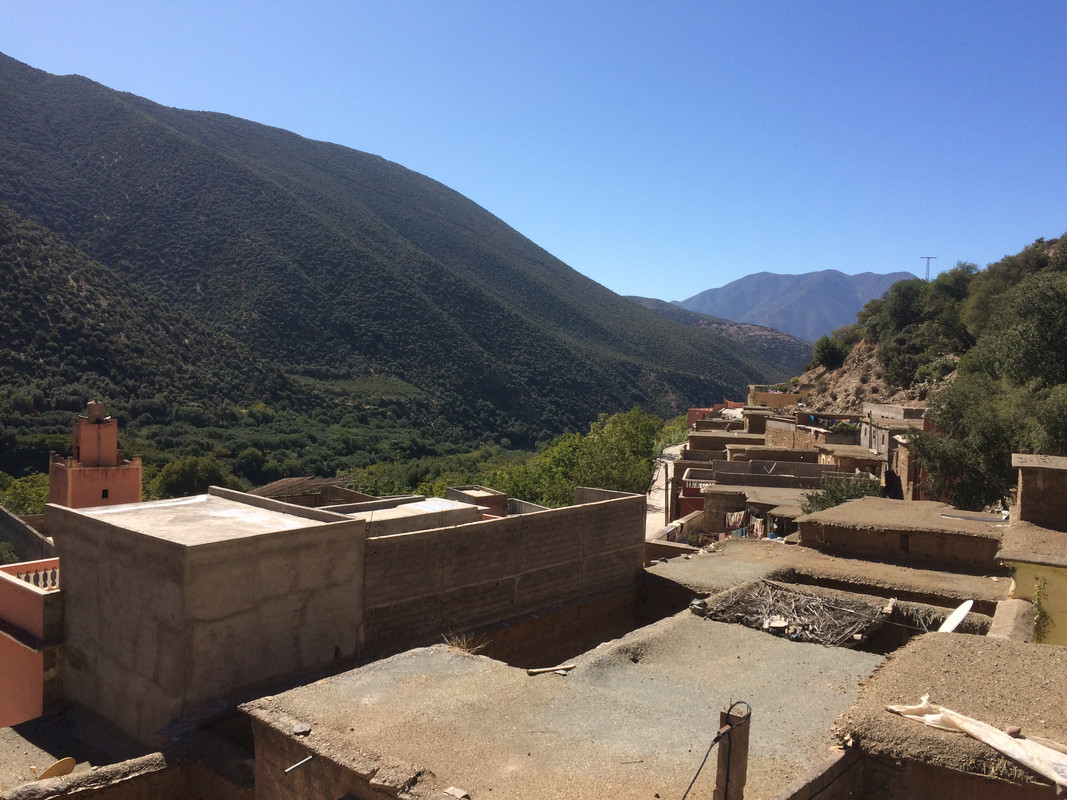 Investing in a Green Future: Haf’s New Partnership with the University of Michigan Global Scholars Program

By Nora Martetschläger HAF intern From October 2019 to April 2020, HAF will have the pleasure of hosting eight interns from the University of Michigan who will participate…

By Florence Jordan World Challenge Traveller Coming from London, this project really showcased the differences between our homes, and the homes and lives of those living in Tizian…