Empowerment Between Opportunities and Constraints 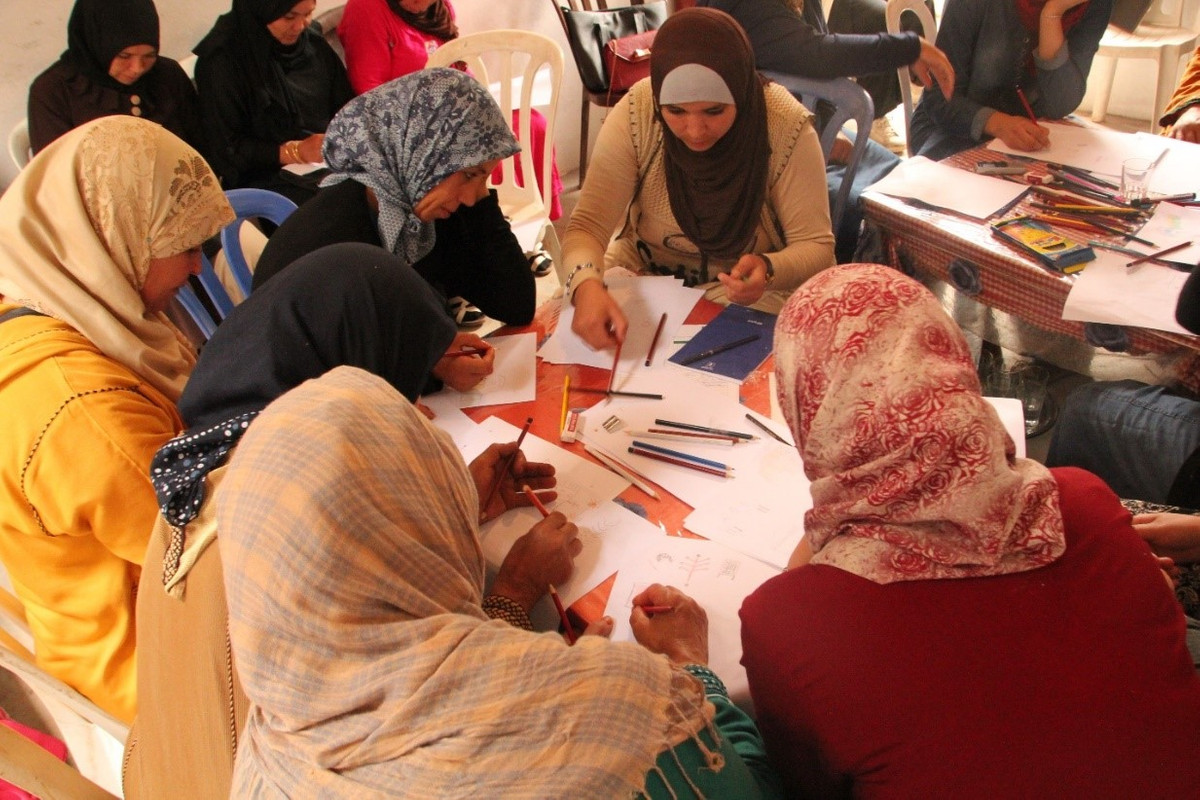 Before empowerment begins, most women show signs of apprehension in going through this journey, as it is not easy for them and is considered a new experience. Everything new is rejected initially. Especially since the factor of distrust is strongly dominant in the first meeting, most women believe that empowerment training will strip them of their secrets and privacy, which is a challenge that we are working hard to correct. An objective of the empowerment workshop is to provide principles and a path forward.In addition to this challenge, we note at the beginning that many women refuse to speak comfortably about themselves. We often find that most of them elect a leader who speaks about their experiences on their behalf. This is primarily due to our belief in a number of cultural and social factors that prevent the disclosure of women’s potentials, in addition to the fact that they need self-esteem that can only be achieved and completed through the respect of others.All of these fears soon dissipate once they join a group in the self-empowerment workshop. Through this training, women begin building relationships with others who share the same concerns and aspirations.

The High Atlas Foundation has been working to pave the way for women to overcome the fears and limiting beliefs that stand in the way of change. One example of the great achievements of the empowerment program is that many women have embraced the desire to establish women’s cooperatives, which embody the goal of overcoming fear and apprehension and lay a foundation of self-responsibility.

The United States Agency for International Development (USAID), via the Farmer-to-Farmer program, provides support for agricultural cooperatives by engaging 70 American volunteer experts to provide technical consultancy assistance and capacity building trainings to 80 cooperatives. These cooperatives exemplify the positive impact of training as women gain confidence, motivation, communication, and leadership skills to make positive decisions and better their positions. The empowerment workshops also inspire them to train for literacy classes or obtain graduate degrees to complete their studies.

In evaluating the empowerment program, the results of the workshops that were conducted showed that a total of 106 people (103 women and 3 men) acquired job opportunities, most of which came about because of these cooperatives. Some women revealed that the cooperatives helped them cover their daily expenses, buy clothes for themselves or their children, and pay for water and electricity bills. The workshops also helped create more than nine job opportunities for teenage girls in the public and private sectors, making the total number of jobs created due to training workshops 115. Seven girls returned to school because of their participation in empowerment workshops.

Facilitating Participation for Sustainable Development, Media for Freedom. • Arabic: Al-Watan Voice, 7 Juin 2020. How can we achieve sustainable development, not just globally, but specifically in Morocco? We must…

“Failing to Plan Is Planning to Fail”