Here’s What Makes a Day in Tassa Ouirgane Exceptional!

Early morning on Tuesday, February 19th, we went to Tassa Ouirgane passing by the magnificent view of snowy mountain peaks, wildflowers, and small hills. At a distance of approximately 70 kilometers from the ochre city, Marrakech, the Tassa Ouirgane village stands in its beautiful Azzaden valley. 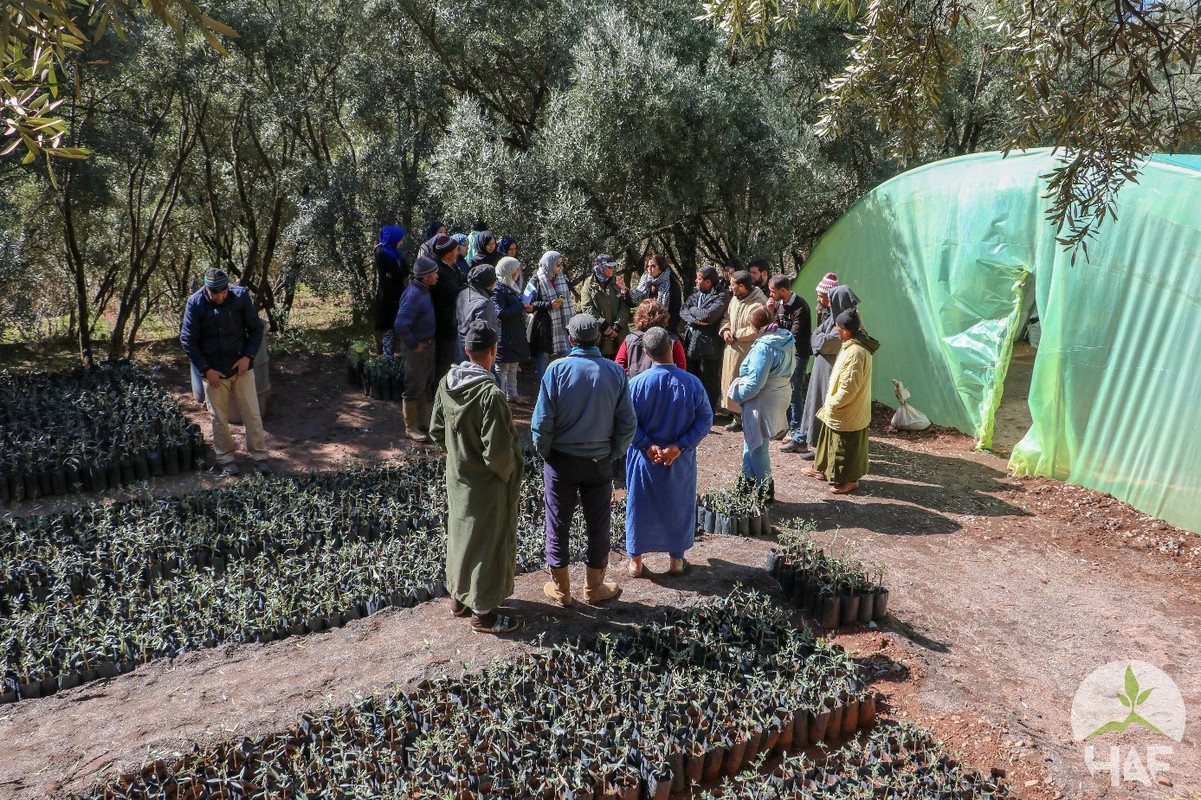 The day started with a meeting next to where the HAF-community olive tree nursery resides. The meeting was facilitated by Amina El Hajjami, HAF’s Director of Projects, with the farmers from the region. It started with a brainstorming of the achievements, challenges, and recommended solutions. The farmers planted almond and walnut trees and they planned to plant more olive trees. Thus, the challenge is finding high-quality cuttings. They suggested to bring the cuttings from the surrounding farms and they thought that they may plant lemon trees as well.

We met village members, the UNDP’s National Coordinator Badia Sahmi, the UNDP’s Legal Counsel Najwa Alyassari, and Zahra Alyoubi the UNDP’s Assistant, in addition to Soufian Msou, a member of the Moroccan Association for Environment Protection and Human Development. 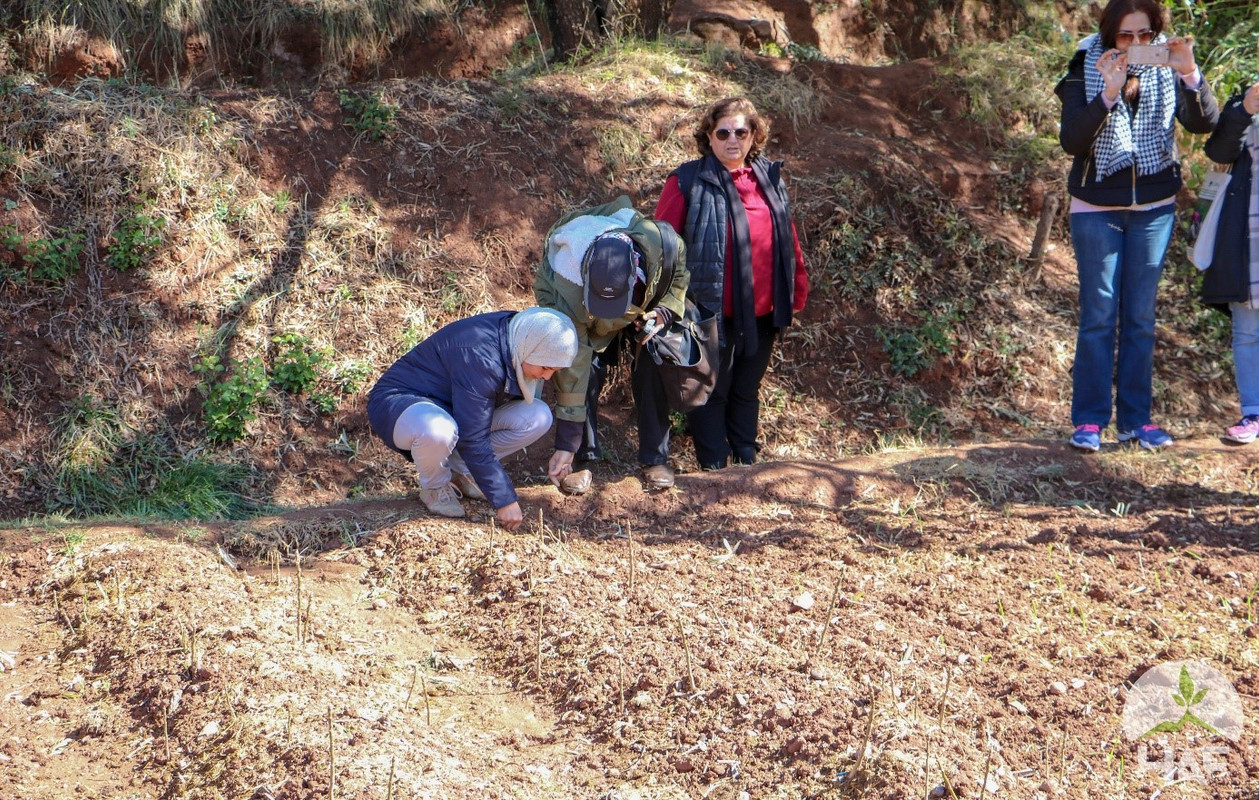 The meeting was followed by a traditional lunch meal prepared by a local family. We were warmly welcomed by the family members and served tea and nuts as soon as we took a seat. After lunch, mineral water from the well in Tassa Ouirgane was served. The members of the committee had another meeting in a nearby village and so they bade us farewell.

At the same time, a group of girls and young women were waiting for us at the office of the local association of Tassa Ouirgane. It is like a classroom with desks and a blackboard. The light of a sunny day, that the various windows of the classroom allowed, was reflected on their enthusiastic faces. The workshop was facilitated by Amina who succeeded in brainstorming ideas and pushing the girls and young women to speak up and voice their opinions. 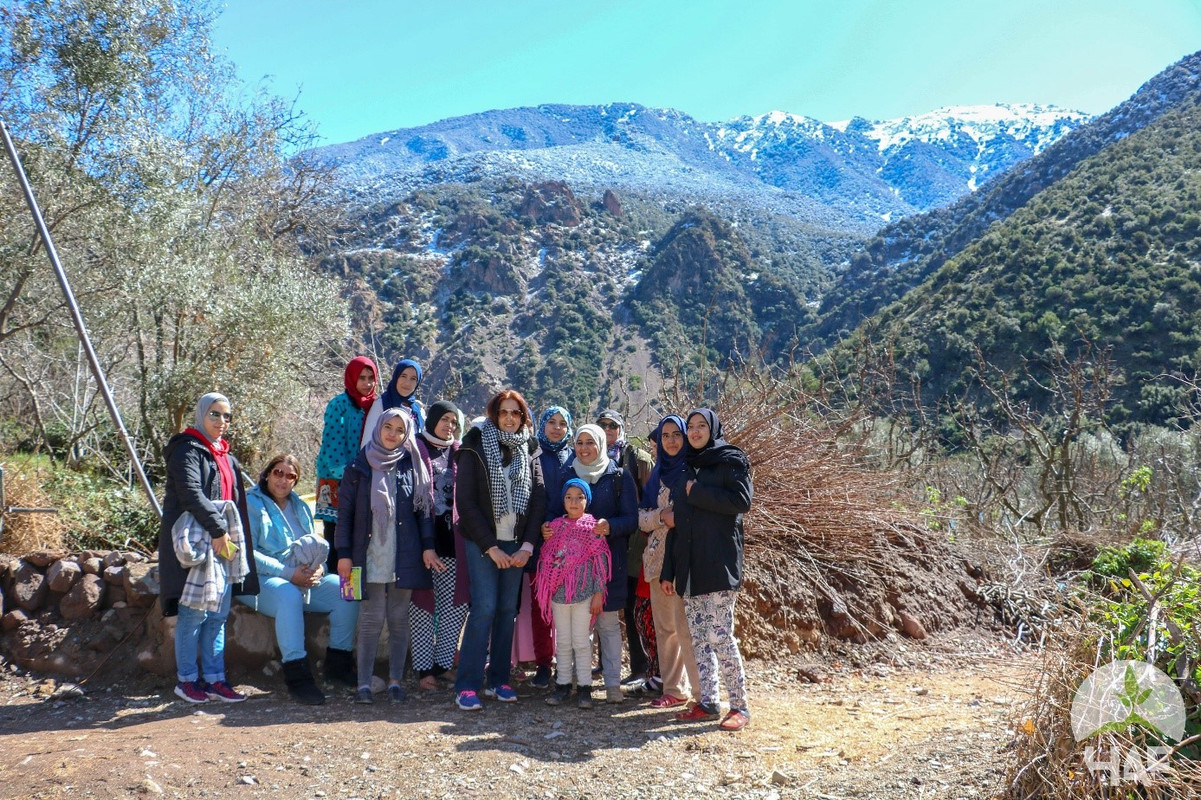 Among the various resources in the region, olive trees, honey, aromatic herbs, and natural views, are just a few to state. Most of them agree that they need to establish a woman’s cooperative that would help to create job opportunities and generate income. The young women show a great interest in developing themselves. They believe that they can make a change because they have recognized the importance of economic independence in their lives.

The workshop was concluded with high expectations and a promise to meet as soon as possible after thinking over the findings from today. I was amazed by the warm welcome and positive environment offered by the local population. Heading back to Marrakech, the golden sun of the afternoon relieved the trees on the road from the flakes of snow and enlightened the white peaks of the surrounding mountains.

Students and Interns Publish with the High Atlas Foundation

Work-study students, interns, and volunteers of the High Atlas Foundation have opportunities to analyze development as it is experienced in rural and urban communities, by farmers, women, youth, and people…

Planting in the Nursery of Ifrane