Songs, Smiles, and Other Things to Say Goodbye

Today is the third day of the training. We can associate not only the faces with the names but also the faces with the voices. We develop the habit of meeting them first thing in the morning before the workshop and the last thing before we sleep. We had our breakfast quickly and then we hurried up to go and start the day. They made it that far and welcomed us with their smiles after hours of hard work. The number of participants grows day after day. From the feedback of the first participants, the other chose to join and participate. 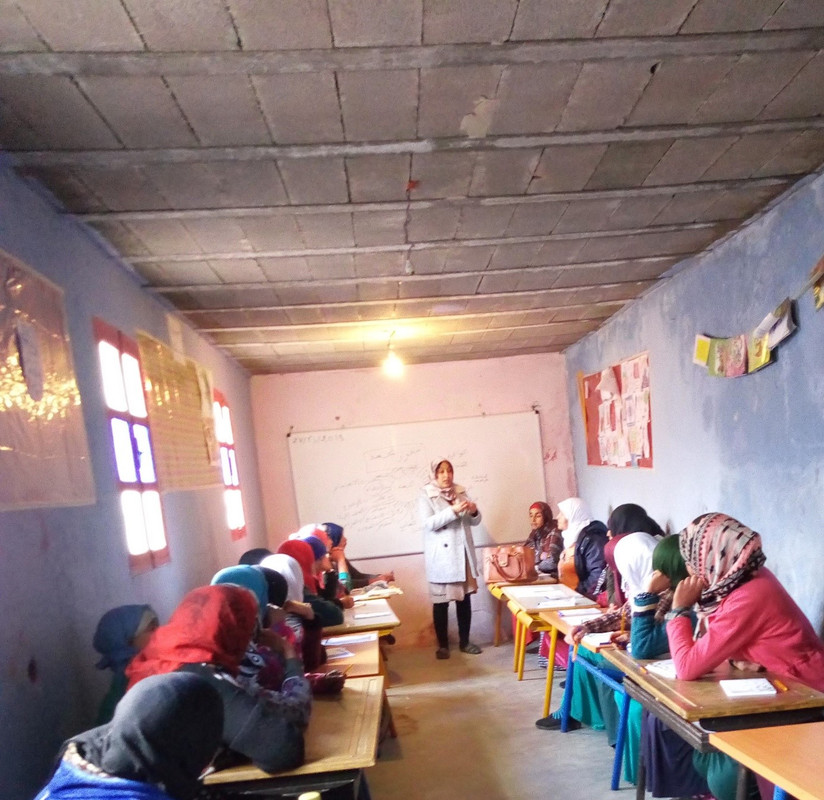 The topic of today’s workshop was the body. Women expressed what they thought about the word “body”. The women associated the concept of “body” which is physical with other terms including power, time, mercy, and confidence. One of the activities aimed to push women to accept their bodies. They need to accept and to be proud of who they are. Unlike the first days, women and young women volunteered to stand up and speak publicly about themselves. They were finally able to speak about themselves. We were astonished by the new faces who wanted to talk about the way they see themselves. 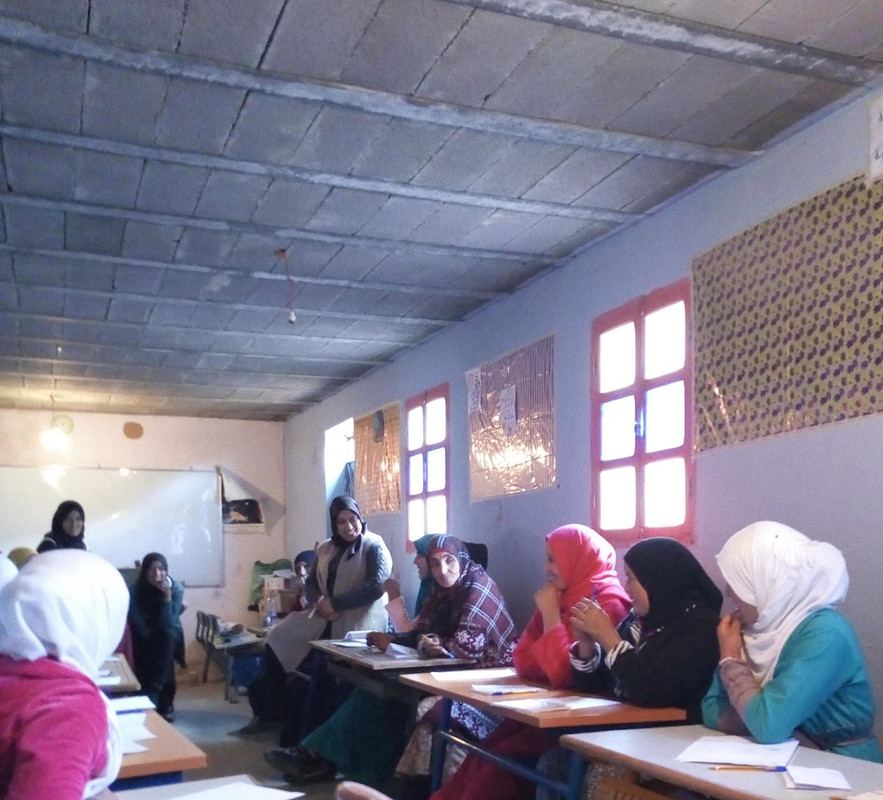 The second part of today’s workshop was about Money and work. Many women do not have a direct relationship with money since their husbands work and buy groceries for the house. However, they told us about a tradition in their village that women inherited from their ancestors. They chose one woman from the village and they gave her an amount of money each month. The chosen woman is responsible for saving the money and giving it back to the women who are in need throughout the year. They draw their vision about their work on a big paper in order to share it with all the participants. 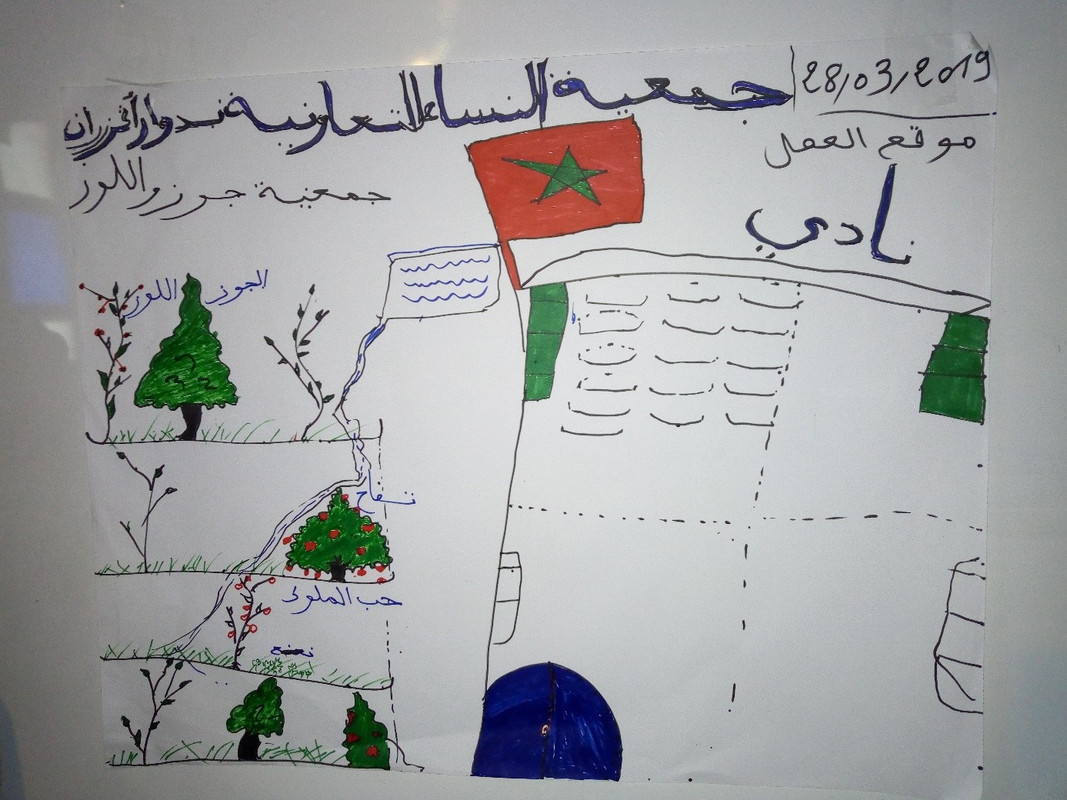 The last day of the training came. Unlike the previous days, most of the women were late because they were preparing couscous for their families. We started the workshop of today a bit late. The topic of today’s workshop was about religion and spirituality which goes along with the atmosphere of Friday prayer in the village. Apart from the new faces that participated throughout the three previous days, there were new faces that came to greet us and to wish us good luck. The women were actively participating and enjoying the discussion. It seemed that religion and spirituality play a major role in their lives. 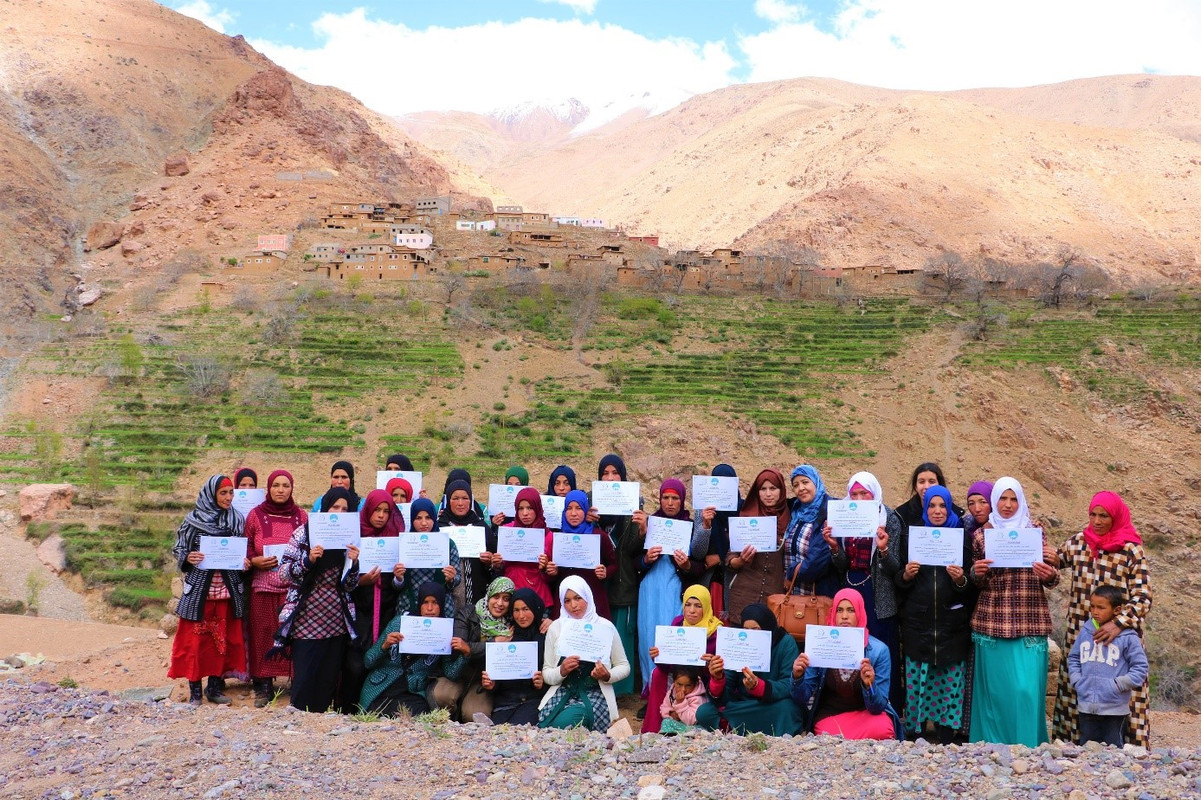 We finished the last workshop and the certifications were ready. The moment that we all were afraid of came. We said our final words and wishes with tearful eyes and trembling voices. It was hard for us to keep our smiles upon our faces and harder for them to keep their tears from falling. I honestly cannot remember how many times we hugged each other and how many times we said goodbye. Before we left the village, we went to see the river and the bridge. They sang songs of goodbye and of love throughout the road from and to the river. Their voices were strong and the nearby mountains echoed every sound perfectly. We were at the center of the village, hoping that this moment of goodbye lasted a bit longer. We shared pictures and phone numbers in order to make sure we keep contact. Finally, a few drops of rain came and before they stopped, we were gone. We kept in our minds the image of all the villagers standing and watching us when we left the village.

Fatima Zahra LAHRIRE HAF Volunteer We started our day with a traditional breakfast prepared by the family hosting us. We could hear the voices of the girls coming…