The Forgotten Victims of the Pandemic: An Ongoing Migration Crisis

– The Forgotten Victims Of The Pandemic: An Ongoing Migration Crisis 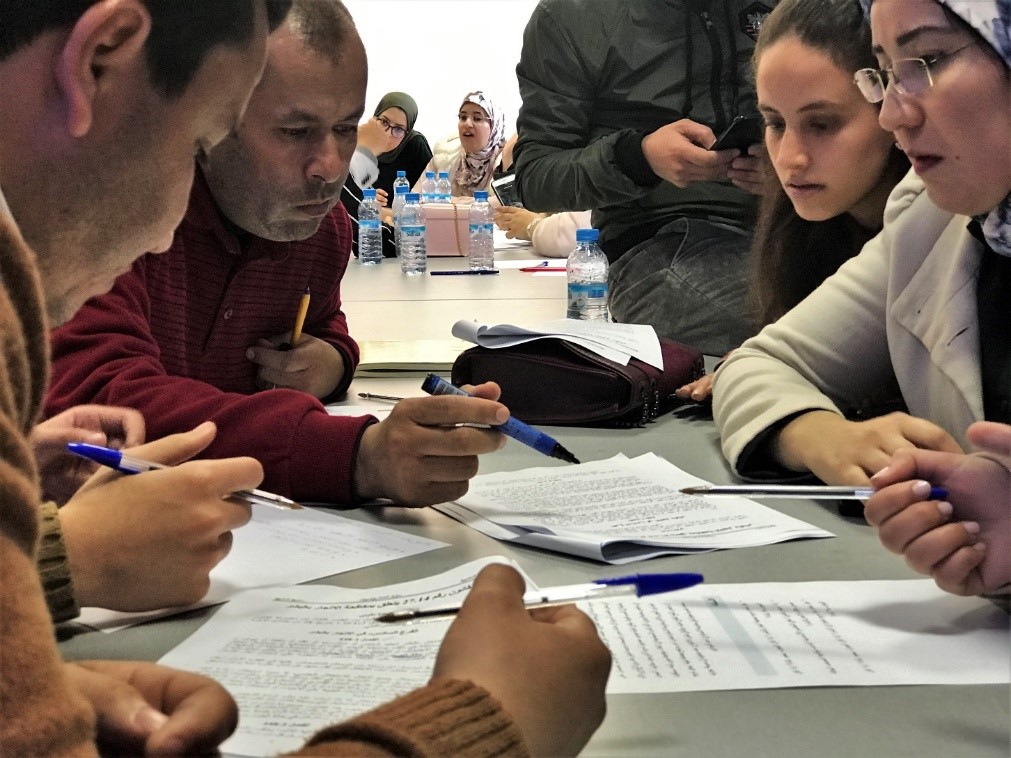 As Europe closed borders and suspended flights in early March to combat the spread of COVID-19, undocumented migrants and migrant workers remained stuck in Spain for two months, many without living spaces or sources of income after the shutdown, leaving some to take shelter in gyms or out on the streets, some even attempting to swim into Morocco from Ceuta as a last resort.

With most countries closing borders and issuing some form of stay-at-home orders, safety and services dedicated to asylum seekers and refugees has dramatically decreased. The result is a large number of migrants in Morocco and around the world facing dangerous health situations and increased economic insecurity.

Migrants in Morocco, even those with proper documentation, cannot reap the benefits of accessible state aid. For many, income and livelihood depend on mobility. The majority of migrants work in informal jobs (street vendors and uncontracted work such as cleaners), which contribute to 20 percent of Morocco’s economy. With closures many have no source of income and cannot qualify for any financial support by the government.

Without a source of income, some do not eat every day, and others skip meals. In the current situation, asylum seekers, refugees, and immigrants are more vulnerable to permanent job loss and deportation as movement is restricted.

What does this mean for the future?

Stigmatization, misinformation, and discrimination have led to further restrictions for migrants. False claims and reports spread rumors that migrants carry the virus and spread it throughout communities. In Lebanon, Syrian refugees are targeted with curfews that do not apply to other foreigners or citizens despite the low number of confirmed cases of COVID-19 among Syrian refugees (only 1.3 percent).

New restrictions on migration suggest longer-term impacts on mobility and an increase in social exclusion, leading to issues like discrimination and even global divides as production shifts locally and economic isolation grows.

Limited mobility increases dangerous and illegal migration, forcing more to turn to smugglers, increasing vulnerability to human trafficking and abuses in the exploitation of people’s desperation. This includes further potential restrictions to migrant workers and migrants seeking refuge in third countries, like Spain or Italy.

Migration in a Moroccan Context

Traditionally an emigration country, Morocco has quickly become the safer migration route into Europe, with land access to the border in the Spanish enclaves of Melilla and Ceuta. Although the number of illegal border crossings into Spain has halved since 2018, the majority (28 percent) of migrants entering into mainland Spain last year came from Morocco.

Morocco has begun to dramatically reduce the number of illegal border crossings into Europe, but once caught, migrants can end up in a deportation loop. Arriving at the Spanish border, they are arrested and bused back to Southern Moroccan cities far from smugglers who could offer them passage. As authorities continue to restrict movement, migrants and smugglers are pushed to seek out new routes, such as by sea, which is often more dangerous.

Since 2014 the Moroccan government has run two major regularization campaigns, giving residency permits to 50,000 migrants within the country. However, the UNHCR reports that “gaps in accessing documentation and employment persist.”

With tighter migration restrictions on popular destination points, such as Spain, France, and Italy, Morocco could see larger populations of migrant workers stuck indefinitely in migration centers such as Rabat.

What will come next?

Organizations like the High Atlas Foundation (HAF) offer some solutions. Beginning in 2020, law school students at the University Sidi Mohamed Ben Abdellah in partnership with HAF will provide pro-bono legal aid to migrants in the Fez region, in particular victims of trafficking, young people, and women.

Fez is estimated to house tens of thousands of migrants, many of which come from Sub-Saharan regions of Africa and live within the “new” districts of the city. These districts are often “modest or poor,” and with limited legal access, migrants have trouble finding work. In a study of migrants in Fes, only 53 percent of respondents reported that they are or had been engaged in paid work since their arrival.

Providing legal aid to migrants reduces the potential of trafficking networks and smugglers from taking advantage, while also offering law students the chance to gain valuable experience in the field, and connecting migrants and women to CSOs to develop skills and build their own cooperatives or businesses, which can reduce youth unemployment. With a stronger legal and economic support system, migrants are more likely to establish roots rather than risk irregular migration to Europe.

Developmental and human rights organizations are increasingly offering support to migrants around the country, yet it is important that organizations take further steps at the local level. The United Nations High Commissioner for Refugees (UNHCR) has repeatedly warned that certain quarantine measures and restrictions on free movement must meet international human rights standards. Rather than delaying asylum claims, they can be processed remotely, where restrictions prevent face-to-face interviews. Extending residency permits to those in-need can increase health access to migrants in areas affected by the pandemic.

In May, in partnership with the Moroccan government, the UNHCR and the National Council of the Medical Association teamed up to provide increased health care access and medicines for asylum seekers and refugees in Morocco.

Further steps can include greater health and legal accessibility for vulnerable migrant groups, including access to psychosocial support, emergency accommodation, pre-school education, childcare, mediation, and occasional emergency aid (such as in the case of a lockdown). October has historically been the most active month for migrants crossing from Morocco to Spain, so it is important to adopt these steps to prevent a surge in dangerous, irregular border crossings.

Jacqueline Skalski-Fouts is a Global Studies undergraduate student at the University of Virginia.

- REFLECTIONS ON OMAR HIMMI OF TOUBKAL, MOROCCO • Arabic: Al-Watan Voice, 14 Jul 2020. Recently, I had a moment of self-reflection brought about by the passing of someone who…