We started our day with a traditional breakfast prepared by the family hosting us. We could hear the voices of the girls coming from early morning to participate in the workshop. They have power and it is quite profound. A power that allowed them to survive all the difficulties the local nature imposes on them. The local population manages to save food and materials from the month of August for the whole winter. It is not only the case of the village of Agerzrane but all the villages nearby in the region–a population marginalized not only geographically but in every meaning of the word. The rates of drop out and repetition in primary education are high and the first elementary school was built only three years ago. All the young women in the village stopped schooling when they finished primary education and most of the boys did not register in secondary school because they need to work. 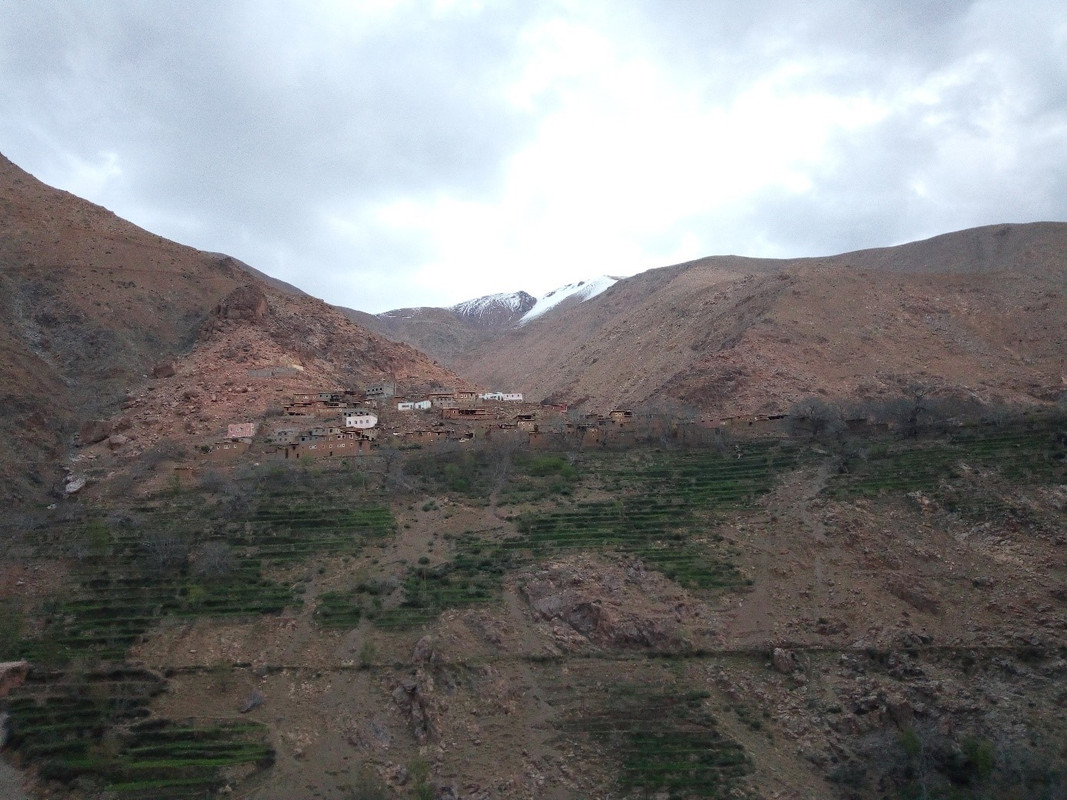 We started our second day of the workshop with high expectations. We noticed that there are few new faces who have heard about the workshop from the young women who had participated. They were happy to find their names written in the first pages of their notebooks. They sat down in the same place and next to each other as yesterday.

The workshop was about relationships and emotions. The warm-up activity was in the form of a brainstorming activity. Miss Ibtissam asked the women what they think about their relationships with the people in their social environment. After that, she explained what are the sources of power and support. Engagement, perseverance, love, and interior orientation are just a few examples to state. Women tried to share their personal experiences, however, it was hard to push the young women to express their experiences.

The next activity of today was an exercise called the “Seven Rooms”. Each room represents one of the sources of power. It was required from the women to close their eyes, listen to southern music, and imagine people or things that they saw in each room according to the source of power they can represent. After listening to music, the women opened their eyes and took a white page and tried to write and draw what they saw. Some of the women cried some were satisfied with tearful eyes and a smile. It was amazing to see the women helping each other to write and to draw. After the exercise finished, women shared the things they have jotted down during the exercise. One of the participants, who is teacher Khadija wanted to tell us about something that she found unusual. She said that when she entered the room of the support system all she could see was the white color. She admitted that her parents supported her throughout her life in every way possible and that her father passed away. 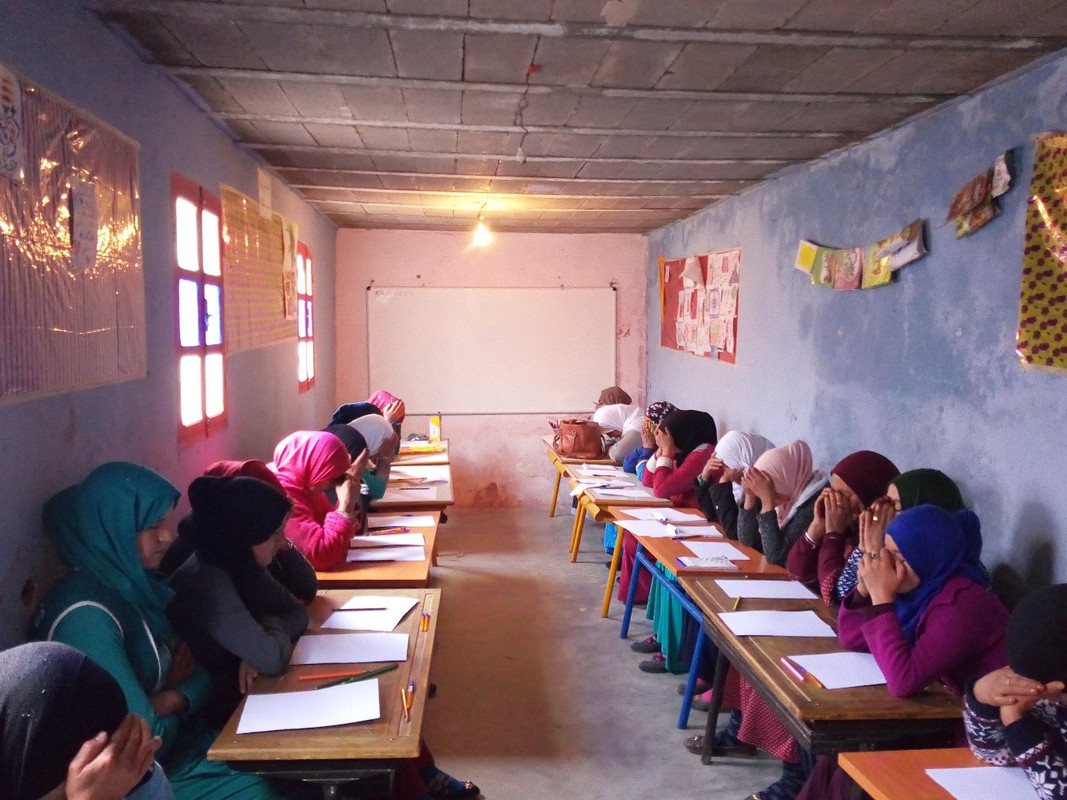 Most of the young women who attended the workshop developed the habit of visiting us in our room after we finished the workshop. They gathered downstairs then they came to keep us company. Today was the day on which the villagers go to the market. There is a local weekly market called “Souk Larbaa” which means the market of Wednesday.  Some of the women could not make it because they were obliged to go and shop for their families. Mr. Brahim visited us after he came from the market. He asked us about our impressions and about the reaction of the women today. We told him that most of the young women wanted to go back to school but they did not know if it is possible.

I was astonished by his genuine intention to help the young women who dropped out of school or who wanted to register in secondary school. He explained to us that the roots of the social and economic problems that the region suffer from stem from the lack of schooling and quality education. The majority of the villages in the Commune of Toubkal lags behind and they are now struggling to develop and move forward.

Mr. Brahim told us about his personal experience with education. As a son of the village, he did not complete his primary education and went to Marrakech to work. His employer used to send him to buy newspapers without acknowledging that he couldn’t read or write. Mr. Brahim said that he forgot the names of the newspapers and that he regretted the fact that he couldn’t know the names in the first place and even more the fact that he couldn’t remember the words. He told his employer to write down the names of the newspapers which are “Le Matin” and “L’ Opinion” on a piece of paper. He told us sincerely, and with tearful eyes, that he blamed himself and he said: “I told myself that I’m a donkey. People can read what is inside the newspapers and I don’t even know the meaning of the title”. He took the decision to fight illiteracy by his own. He bought a fifty-page notebook and a pen and started trying to copy the letters of the words. The son of his employer saw him and offered his help. He told him that this is not the way words are written. He laughed when he remembered the first time he wrote his name and showed it to the son of his employer. He said to him that he wrote your name in parts.

He bade us farewell because it was late. He had another meeting with all the men from the local community. The hosting family is valued in the village. It was at the center and all the villagers meet in it throughout the day. They discuss their problems, share their experiences, and eat together. We could hear their discussion from the windows of our room .After a couple of hours, everyone went to his house and all I could see is the dim light of the flashlights that they used to reach their homes.

Youssef Moussaoui HAF Volunteer On Thursday, the 28th of March, the team of the High Atlas Foundation (HAF) visited with HAF Board Member Martine Roberts the nurseries of…