I was excited about my first field visit and about getting to know what the High Atlas Foundation’s work looks like in action, because before starting my internship, I only saw the social media posts, blog articles, and photos.

This day, we didn’t travel long, as we went to two schools in Marrakech. The first one was a primary school with around 600 children. Esmae, the parent’s associations president, welcomed us warmly at the door and we went to meet the children in their classroom.

Errachid, project manager at HAF, conducted an environmental and participatory workshop about decision making to protect the environment. The students were very active and had a lot to say. They had lots of ideas, like building an environmental club, creating trash places, and planting more trees. They learned more about global warming and the problems of flooding. The students decided to make some changes on their own to improve the environment—one mentioned that he will stop cutting flowers; other said they would stop throwing trash on the ground and that they would use water more responsibly.

Afterward, our dear volunteer Nisreen conducted an introduction-to-composting workshop in order to put into practice what they have learned and later do a compost-making activity outside with the children.

Then we gave the children some time to express their newly-learned ideas and visions of their future school in drawings. I asked some of the children what they’d like to change in their school, and they answered that they need more classrooms and that they would like to have more flowers in the school.

After a delicious breakfast, which was offered by the parents’ association to us, we started our composting workshop outside. Nisreen asked the kids “Who likes trash?” After a little confusion, everybody denied. She asked, “Do you want more or less trash? “ Of course, they answered “Less!“. They were very interested in the composting workshop to reduce at least the biodegradable waste. We brought some plastic bottles, cut the tops off, and put some holes in the bottom. Then we began layering the compost, and the students were excited to find some soil for the first layer, then they put some food waste, then soil again, food-waste, and soil. In the end, they added some water and placed the compost-models besides trees, so the trees can benefit from the nutrient-rich compost which is produced like that. 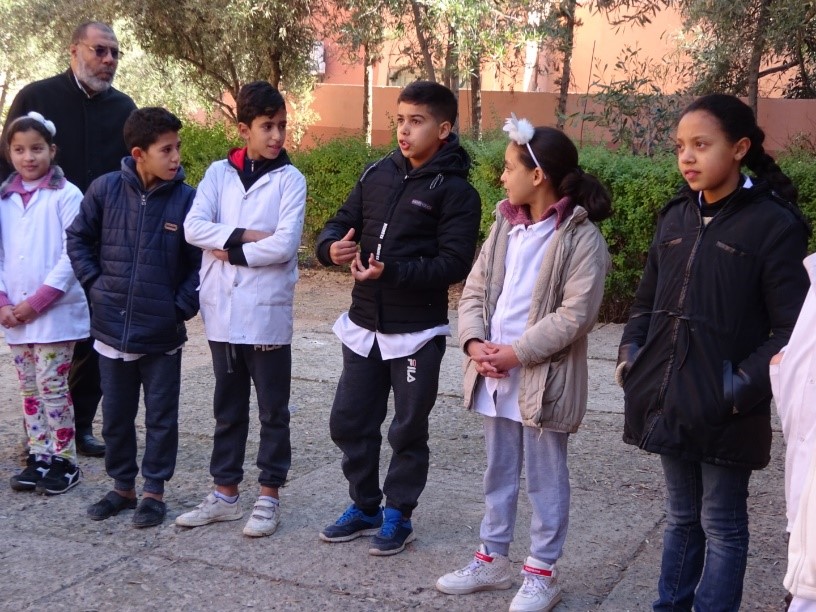 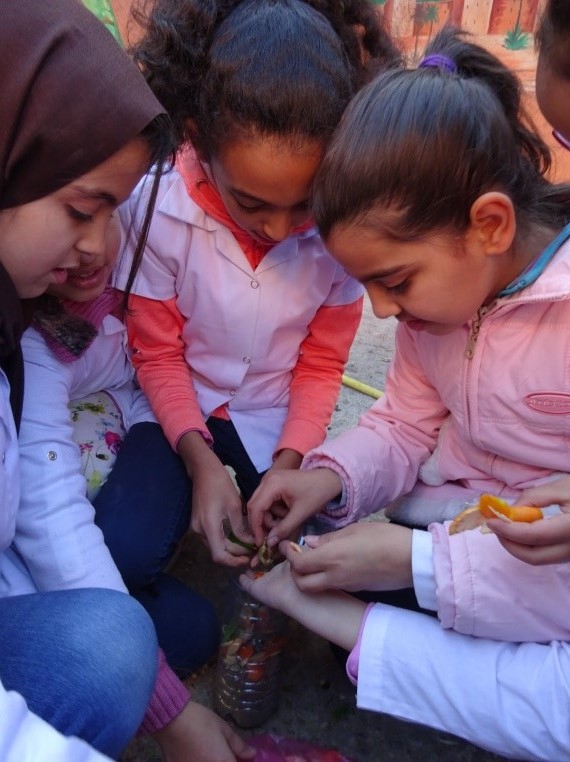 At the end of this visit, we did a tree-planting activity with the kids and talked to the head of the school about the problems the school is facing: they need more bathrooms and have a problem with water when it rains a lot.

When we arrived at the second school in Marrakech later that day, the president of the parents’ association welcomed us again very warmly and we met with the school director. We talked with him and some teachers and he told us about his year-long experiences working as head of a school in a rural area of Morocco.  Afterward, we met the kids and Errachid, talked with the children about decision-making processes and environmental issues. He practiced the model of pairwise ranking in order to figure out what their biggest challenges are in the school. Although I do not understand Darija (the Moroccan Arabic), just by observing their interactions, I was impressed by how the children listened and were eager to participate. Everyone was very attentive. At the end of this visit we had some tree-planting activities outside and after having some tea and snacks we said goodbye to this school as well. 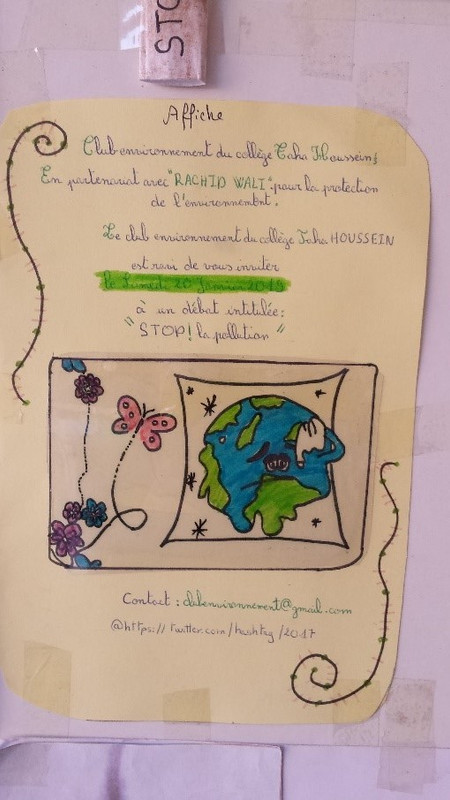 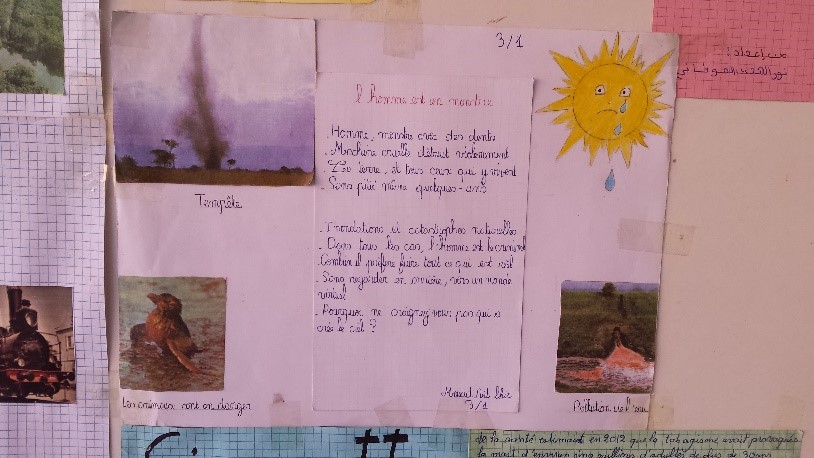 Found some nice work about climate change and environmental issues!

Take Credited Development and Arabic Language Courses with Haf and the University of Virginia: Engage in Applied Learning This Summer in Marrakech

Under the auspices of the University of Virginia, the High Atlas Foundation’s President, Dr. Yossef Ben-Meir, will lead a four-credit academic internship program from May 27th to July 19th in Marrakech…